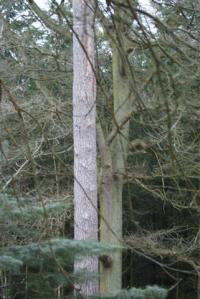 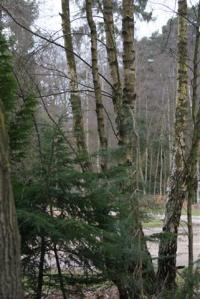 On the way back I went to Sandringham. The car park. It is surrounded by woods and the woods are home to many, many wood pigeons. It was a cold but dry day and they were all calling and flapping about in the 100 feet trees. Oo oo ooo oo oo. Oo oo, oo oo ooo oo oo. I got my sound recorder out but the battery was completely flat. “Shit.” I said.

“What’s the matter?” said the mature voice of an older woman with plenty of money and time on her hands.

“I want to record the sound of birds echoing through the trees, aren’t they gorgeous?” I said, looking wide eyed up into the fir-y branches.

“Delicious.” she said. I double-looked at her. Was she joking? No, she was licking her old lips. In the near distance was the loud boom of a gun which I assumed was shooting something. “The bastards are probably shooting birds.”

“Pshiw, pshiw, plop, nom nom nom, poop, splash. (Shouts) Change the seat!” said the woman. She had an umbrella, I’m not sure why as it wasn’t raining.

“Don’t you know who I AM?” she spouted, giving me a wrinkly, haughty, scrunched-up face look from below my eyeline.

“You, you, you are a pleb.” She (whoever she was) made fists with her hands and moved them in opposite directions like someone strangling a pheasant. “Now do you recognise me?”

“No. Why have you got an umbrella?”

“Now I know you’re not The Queen. She never makes jokes, even bad ones.”

“So when are you going to give it up? This royalty stuff.”

“Long to reign over you. LONG. I’ll be here a long, long time. Reign. (Shakes her umbrella). Hee hee.”

The so-called queen was starting to bore me now so I moved a couple of steps away.

“Ruff, ruff. Ruff. Ruff ruff.” Two rough dogs shot out of the undergrowth. One had an owl in its mouth. I’m not sure who looked most surprised, the dog, the owl or me.

“Poor owl. Let me take it to the Owl Rescue.”

The barn owl stared at me, its face looking full at me in a ‘we have to look at you like this as we can’t  swivel our eyes like you’ way. Also it couldn’t move as it was in the dog’s mouth. I stepped forward with my scarf in my hands ready to put over the owl’s head. I didn’t think about the dogs. I was brave. Or stupid.

“Mine. It’s mine. I got it first.” said the queen/whatever.

“I tried to kill two birds with one stone and one flew away and this was the second one. I must be losing my touch. I like a nice owl and coriander soup before my horse for tea.”

“You are not taking this owl. Piss off.” I put the scarf over the owl’s head and gently pulled it from the dog’s mouth. The dog didn’t seem to care and if the owl had human thoughts it would have been grateful I’m sure. It didn’t struggle, it must have know I had its interest at heart.

A man’s voice could be heard coming towards us with twigs snapping under his feet.

“Mam as in webcam, not marm as in tarmac. Marm as in marmalade, not mam as in dram. Oh fuck I don’t know. AH. YOUR HM MAJESTY. I’ve  been looking for you everywhere. I have your horse ready.”

“My riding horse or my snacking horseburger? Hee hee. If it’s the horse you know I don’t want to ride today and if it’s a burger is that the best you could do? Did you bring salad and whisky? It’s a cold day don’t you know.”

At this stage I wondered if I should have been more polite to the old woman. I am pretty old but she is ancient, maybe I should have had more respect and sworn less.

The man disappeared between the trees followed by the rough dogs and the so-called queen. They had just got out of sight when I heard a strange noise. It sounded like an old woman turning into wood. I ran to look and all around I could hear the sound of wood pigeons calling “oo oo ooo oo oo” and this is what I saw….. 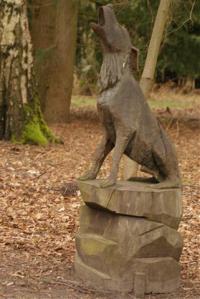 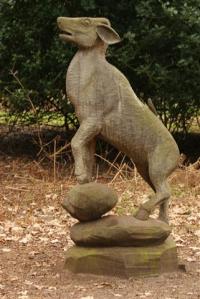 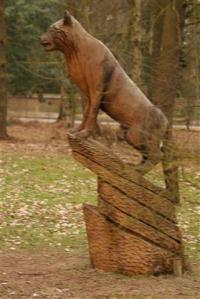 Disclaimer. Some of this is not true.

By the way the owl flew away and  was fine.